Back in early 2010s we had a product, we had a brand new company and we were dressed for success. Yet, the success was not exactly waiting for us in the early years. We are quite successful now, but it was harder and it took longer than we have originally anticipated.

A decade ago, in 2011 we established Evolveum. Evolveum has been running midPoint, an open source identity management project. In theory, we should have enjoyed ideal conditions to start up a business in early 2010s. The economy was recovering from 2008 crisis, investors were looking for opportunities, open source was winning over the world. Yet, originating in Eastern Europe with almost no capital, the journey was not exactly easy for us.

We were on a very tight budget since the beginning, using our personal savings to start up the development. We were aware that the money would run out very quickly, therefore we wanted to secure some income. Of course, we tried to get income from midPoint. In 2012, roughly a year after the project started, midPoint was ready for some deployments. However, it was not easy to win customers with new product, without any references, especially when that product was supposed to be “free”.

Engineers in our team were deploying IDM systems since early 2000s, mostly dealing with Sun IDM deployments. In 2010s, Sun IDM was effectively dead. Obviously, we have tried to migrate our Sun IDM customers from the past to midPoint. The customers liked the general idea, the technology was there, yet the business did not happen. The customers around us, the customers that we knew, customers that trusted us, they were reluctant to pay for midPoint. In fact, in 2012, our income from midPoint was pretty much zero.

We did not have income, but there were costs. If there was any chance for success, we needed full-time developers working on midPoint. We had to get the money from any available sources. We got any paid work that we could get. We were deploying competing commercial IDM solutions. It was painful from both the technology and business point of view, but we had to pay the bills. We were delivering basic Linux trainings. We were consulting. We were leasing engineers and developers to other projects. We were often earning money during the day, working on midPoint in the evening.

We had no money to spare, yet we have to run a company. That led to some “innovative” solutions. A friend was decommissioning a data center, having a dozen of old machines that would probably end up as electronic waste. We re-used the components, improvising a testing environment. The machines burned electricity like crazy and they required some baby-sitting. Yet, it worked, and it was still cheaper than the alternatives. 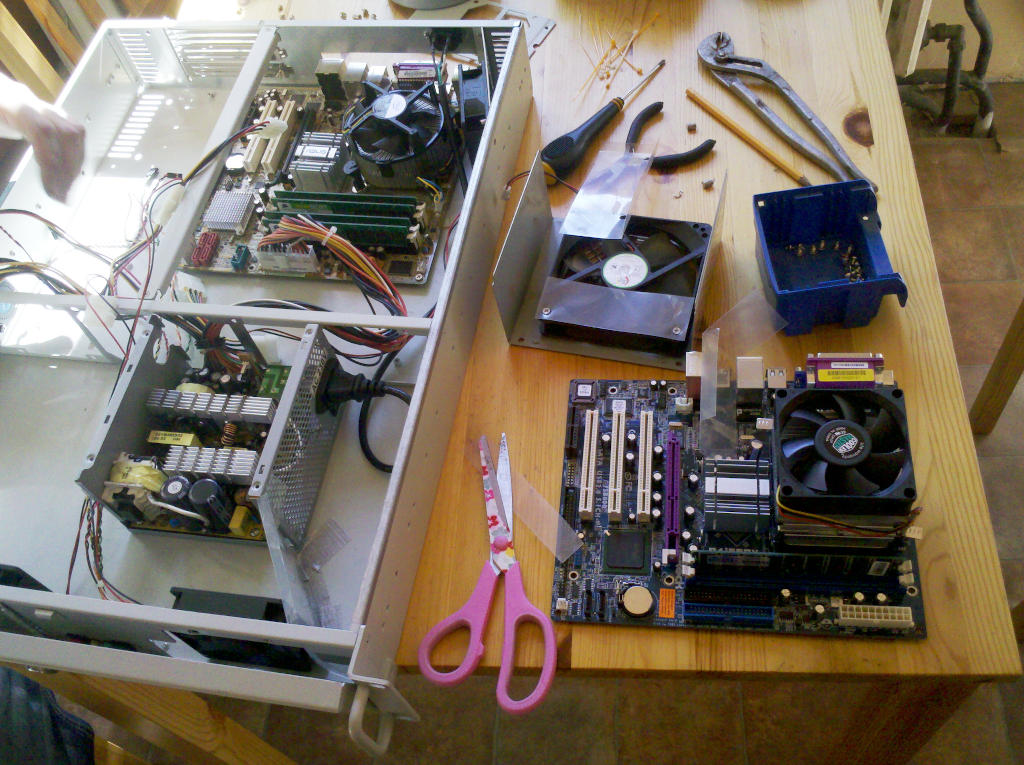 Then there was a question of “corporate identity”. We had our first website running. It was a disaster, but it had to do for the time being. We needed business cards. We could get the usual business cards printed, and it would not even be that expensive. Yet, it would be entirely boring. We had to make an impression, but had no money to pay a professional designer. Therefore, as usual, we were improvising. Maintaining that “proper 20th century engineering” theme, we tried to print the business cards on tracing paper. It worked. Kind of. 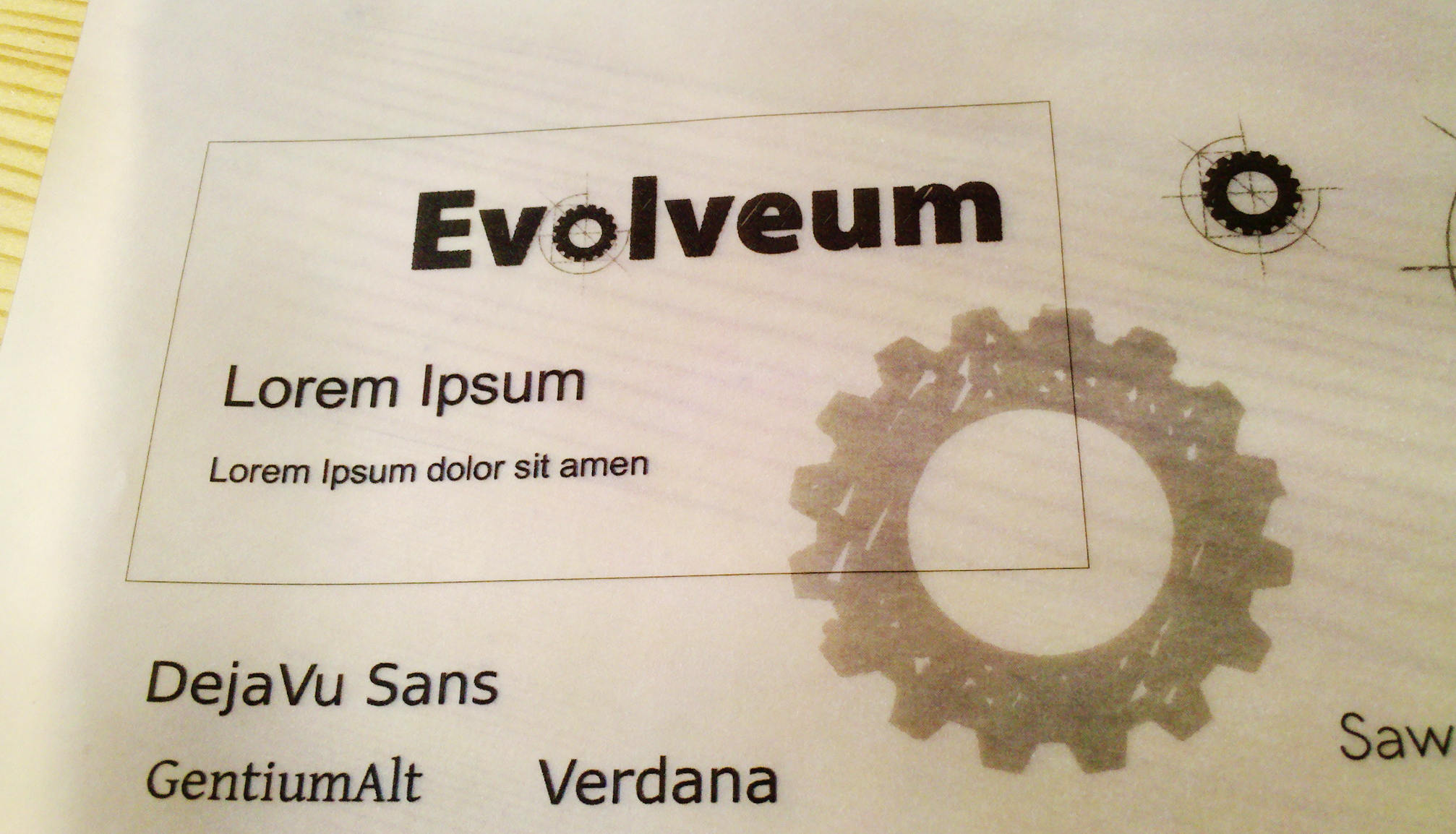 The cards certainly made an impression, even though it was not always the kind of impression that we wanted. Despite that, we had been using this type of business cards for many years. As for our website, it eventually got redesigned too. 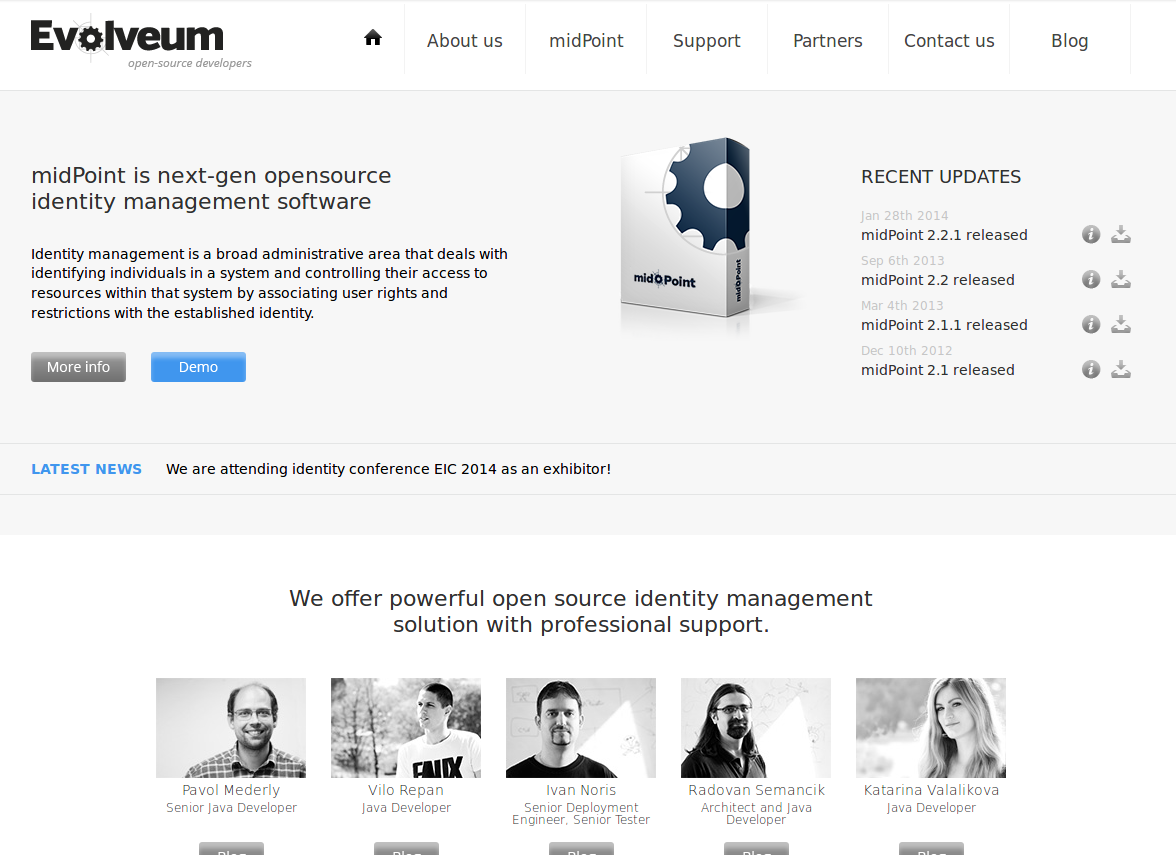 In 2013-2014 we were supposed to reach a break-even point, according to our original business plan. Yet, the reality was slightly different. We were pretty much broke. But miracles do happen. Our persistence has finally paid off in 2014. We were cooperating with partners. The technology has matured and midPoint was ready for serious deployments. The first serious customers came, for which I will be forever grateful. The income from midPoint deployment projects and subscriptions grew as well. Even business analysts finally noticed that we exist. Our business was slowly growing. We finally got to the break-even point around 2015-2016. Well, better late than never, as they say. Quite ironically, nearby customers that we hoped to win in early years were among the last to convert to midPoint. So much for business plans and sales forecasts.

In later years, the finances have stabilized and the business grew. The company grew as well, which brought organizational challenges that we were not entirely prepared for. Yet, we were no longer an unstable start-up. We got the technology, partner network, customers, steady income … all the basic structure of a business. Now, we are certainly going to face new challenges in the future. However, now we are firmly established in business. One decade is behind us, more decades are ahead.