MidPoint project started exactly 10 years ago. Ten years! Let’s get back in time to that moment of inception. This is how the story of midPoint began.

On this day, 10th of May 2011, the very first commit of midPoint project was checked into a brand new source code repository. At that point, we were hacking the source code for some time already. We had created the skeleton of brand new application. Then we took the code that our team had contributed to the OpenIDM project. We cut the code to pieces, adapted it, attached it to our new skeleton and added the missing pieces. We were not certain whether it will work. We experimented with the code, moving pieces around, improved it. The code did work. Therefore, we made that one small step, which ten years later proved to be quite a giant leap. We officially started a new project with an initial commit. MidPoint was born.

We were not sure what to do with the project at that moment. These were not the easiest times to start one. The fallout of 2008 global financial crisis was still quite strong in Central Europe. The business was slow, the income was irregular, the future was questionable. However, slow business also meant that we had some free time. MidPoint code was in a very early stage, yet it clearly had an engineering potential. We felt obliged to develop the code. So we did, the best we could. 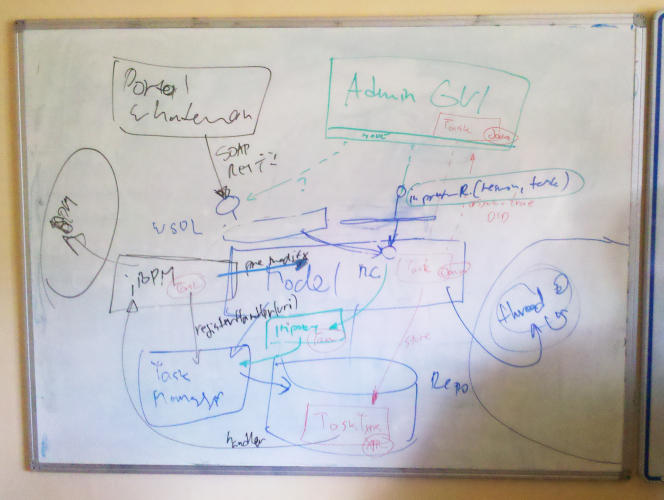 I have been an eager open source enthusiast since early 1990s. Back then, I learned about GNU, Linux and other open source projects that were powering the Internet. That completely changed my perspective on software development. Therefore, when midPoint project started, there was only one option for us to consider. We went open source. MidPoint had been open source at the moment of the very first commit, and has been completely open source since. There is no “enterprise edition”, no “premium feature set”, nothing like that. Every bit of midPoint code is open source.

We were more than aware that funding is going to be a problem. Money was tight. We were using old workstations and second-hand machines as servers, self-hosting everything in a small room in an old house located in the outskirts of Bratislava. 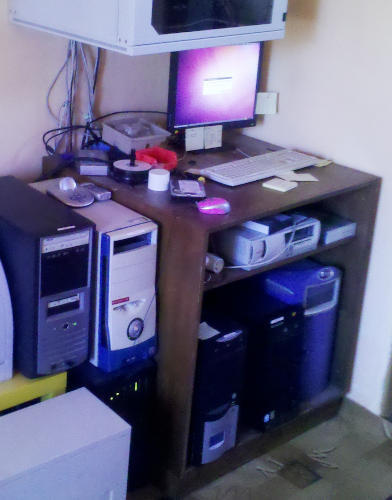 Investors were not exactly eager to put money in a company that did not “own” the product code. Which was in fact a blessing in disguise, as we were not very happy with the idea of venture capital anyway. However, that did not make our “start up” experience entirely easy. Even though Evolveum had not formally exist as a company yet, the plans began to take shape already. But more on that later.

A lot have happened since. There were good times, there were bad times, and of course, the journey was much harder than we have anticipated. Yet, here we are, ten years later. MidPoint is deployed all over the world now. Even though the things are all different, almost all of the original midPoint team members are still with us. I would like to express my huge thanks to the companions on this decade-long journey: Katka Stanovská, Katka Bolemant, Igor Farinič, Ivan Noris, Vilo Repáň and Pavol Mederly. More people have joined the team since, and we have got precious feedback, ideas and contributions from our customers and community. That has kept us moving forward. MidPoint would not flourish without all of you. Thank you all!