North Bridge & Black Duck released the results of their 2015 Future of Open Source Survey just some days ago. Based on the information from 1300 completed responses from IT & business professionals, we can say that the community is growing pretty fast. This statement is supported by the fact that 78% of respondents said their companies run part or all of its operations on OSS, while 66% said their company creates software for customers built on open source. In comparison with data from 2010, where 42% of respondents stated they used open source in the running of their business or their IT environments, this means nearly double growth.

Therefore, it is highly probable society started to realize advantages of open source much more. Not only its innovative character, but also features like security, quality and ease of deployment. Let’s be accurate: the results show us that nearly 9 in 10 states that open source significantly impacts the speed of innovation. According to 55% of respondents, open source delivers superior security. Assumptions to the future are also positive: 52% of respondents expect the increase of ease of use and 59% believe OSS will be easier to deploy.

As an open source company, we are more than pleased by the results of the survey. When working on midPoint, our identity management and provisioning system, we also pay attention to quality, security and deployment since we understand the importance of these features. We believe that open source will be even more successful in the future thanks to the way it evolves. It may be the future.

What do you think about open source and it’s future? Are you an open source fan? Were there any survey results that surprised you? Let us know!

Check more detailed results of the survey in here. 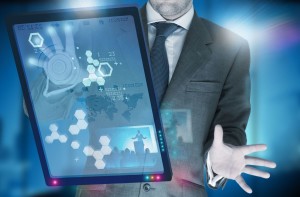